Does NMN as a supplement safe?

As the world’s ageing population grows, so has its appetite for health tips, tricks and products that could help guard against the ravages of time. NMN has risen in popularity as laboratory research continues to shed light on its promising effects on longevity and ageing.

Nicotinamide mononucleotide is a nucleotide derived from ribose and nicotinamide. At the molecular level, it is a ribonucleotide, the basic structural unit of nucleic acid RNA. It is known to promote the production of cellular NAD+ and counteract the age-related lesions associated with the decline of tissue NAD+ levels. Considered to be a key ingredient to increase NAD+ levels in cells.

CD38 is a major enzyme that consumes NAD+. Researchers have shown that the lack of CD38 and the decline of NAD+ in related cells have an important impact on age-related cardiovascular diseases, which can ease cardiovascular-related diseases and promote blood flow. In mice lacking CD38 or supplemented with a CD38 inhibitor of the NAD+ precursor nicotinamide mononucleotide (NMN), the researchers blocked the development of cardiovascular diseases by limiting high blood pressure and increases in blood vessel cell senescence to a permanent state when cells can no longer replicate. Also, the researchers observed that CD38 deficiency or NAD+ supplementation mitigated senescence of blood vessel cells by suppressing signalling payloads between cells called extracellular vesicles that facilitated the senescence of neighbouring non-damaged cells.

Studies in mice have shown that NMN protects against many ageing-related declines in health, such as the stiffening of blood vessels, oxidative stress, our cells’ ability to keep dividing, and even changes in how active our genes are, what scientists call gene expression. 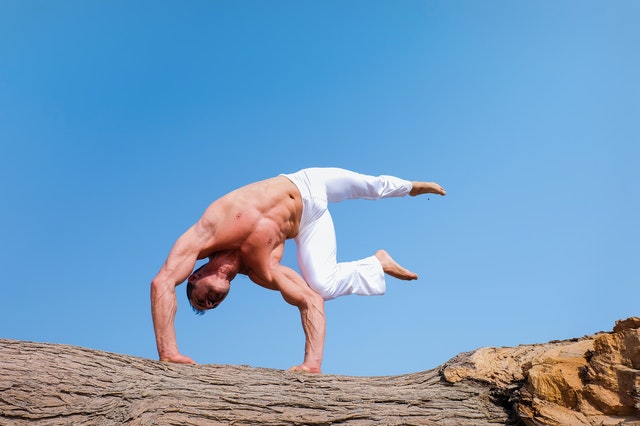 From supplements to anabolic steroids, athletes around the world are seeking ways to improve endurance and athletic performance. In recent years, we have accumulated a lot of research showing that supplementation with nicotinamide mononucleotide (NMN) can increase exercise endurance, at least in rodents. So, do these NMN-related exercise endurance benefits apply to humans? In a human test, Hu and his colleagues from Guangzhou Sport University published an article in the Journal of the International Society of Sports Nutrition that oral NMN powder can improve the aerobic capacity of adult runners-the consumption of oxygen by muscles. More, this NMN treatment also improves the ability of our skeletal muscles to use oxygen to produce energy more during endurance exercise. The experimental results show that NMN can improve exercise endurance by enhancing the oxygen use capacity of skeletal muscle.

At least your skeletal muscles get to take breaks. Not only can your heart not take a rest, but it also can’t even slow its pace much without causing serious problems. The heart’s energy need, thus, is tremendous. And to keep it ticking, it needs to make all the NAD+ it can. This is why cardiac cells need a steady supply of NMN.

NMN lowers the risk of obesity

With the improvement of living standards, obesity has become more and more common around the world, and the incidence of age-related diseases (including diabetes, hypertension, and cancer) is also on the rise. These obesity-related diseases are related to the decline in the metabolic health of fat cells.

NMN is the precursor of nicotinamide adenine dinucleotide (NAD+), which is a key molecule for energy production and metabolic health. Many enzymes use NAD+ to perform their cellular functions, such as the role of Sirtuins (including the SIRT1 protein family) in DNA repair and maintenance of metabolism.

Studies have shown that the cellular NAD+ level of obese patients decreases, and the strategy of supplementing NAD+ by supplementing NMN and other precursors improves the body’s original metabolic function. But how NAD+ controls metabolism and how NMN is enhanced has been unclear. 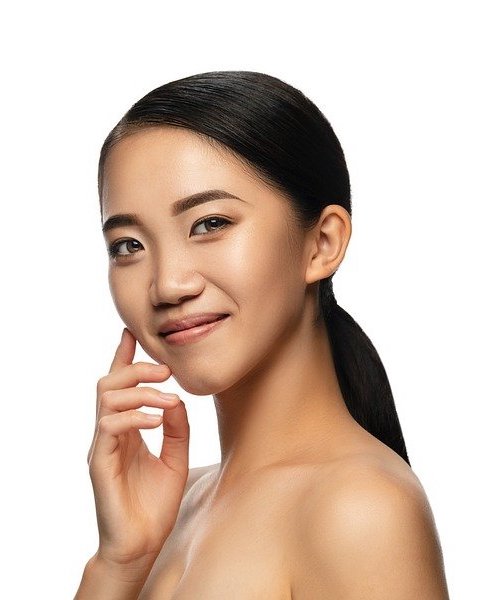 A study led by Hilde Nilsen and Vilhelm A. Bohr of the University of Oslo, Norway and the University of Copenhagen, Denmark, and scientists at the National Institutes of Health in Baltimore, Maryland, USA, provided data showing that NAD+ recovery limits the mitochondrial dysfunction and Werner syndrome, senescence.

Mitophagy forms a kind of autophagy, from which the mitochondria in the cell are degraded and recycled. The impaired mitochondrial autophagy process may cause mitochondrial dysfunction to increase with age. Scientists have proposed in research that Werner syndrome is a disease that causes accelerated ageing, and its disease process (cause) involves “misregulation of mitochondrial homeostasis.”

In short, we cannot survive without mitochondria. These unique cellular structures are called the power source of the cell. They convert the molecules in the food we eat into energy used by cells. NAD+ is at the core of this process. In fact, mitochondrial abnormalities caused by the loss of NAD+ may even affect neurological diseases such as Alzheimer’s. Studies conducted in mice have shown that supplementation with NMN has rescued some mitochondrial dysfunction.

What are the NMN side effects?

At present, no side effects of nicotinamide mononucleotide on the human body have been recorded. In a long-term study in mice, oral NMN was administered at doses of 100 and 300 mg per kilogram of body weight per day for 1 year-much higher than the dose advertised for humans. If there are signs of side effects or toxicity, scientists need to conduct further research on the administration of NMN in humans to determine whether the side effects come from eating it. Scientists can look at doses higher than 500 mg to determine whether they cause side effects. Research can also investigate whether long-term consumption of NMN can cause side effects.

One concern is that because NMN promotes the growth of new blood vessels, it can also promote angiogenesis and increase blood flow to the tumour. In theory, this may cause tumours to grow and resist treatment.

How much should you take NMN daily?

Because NMN has not been approved by the FDA for any conditions, there is no official dosage. Users and supplement manufacturers have determined unofficial dosages based on trial and error. Discuss with your doctor whether NMN is useful as a supplement in your situation and which dose you should take.

In the mouse study, NMN was administered via a feeding tube or added to the animal’s water at a dose of hundreds of milligrams per kilogram of body weight per day. This dose is impractical for humans: using a common conversion factor, the corresponding dose for a 60 kg adult can exceed 2 grams per day (2,000 mg per day).

The dosage in human supplements varies by a few hundred milligrams per day. For example, in a study of 50 women, the dose tested was 125 mg of NMN twice a day for 8 weeks.

According to reports, David Sinclair attributed his youth and health to the benefits of NMN. He took 1 gram of NMN and 0.5 grams of resveratrol a day, but his claim should be taken with a grain of salt.

Is NMN the same as Vitamin B3?

The traditional form of B3 is niacin. This is the form found in foods such as yeast, meat, fish, milk, eggs, green vegetables and grains. Niacinamide (NAM), also known as niacinamide, is a form of vitamin B3 that is commonly found in dietary supplements and medicines. Recently, two new forms of B3, nicotinamide riboside (NR) and nicotinamide mononucleotide (NMN), have attracted attention due to their ability to promote longevity and good health. Orally ingested NMN is almost completely converted to nicotinamide in the liver. So, although NR or NMN may cause an increase in NAD levels in the liver, the increase in NAD measured in other tissues and attributed to NR or NMN supplementation is actually caused by an increase in nicotinamide (NAM). This indicates that sublingual nicotinamide is more effective in increasing NAD than any form of oral B3 by skipping the biotransformation that occurs in the liver.

As COVID-19 sweeps cities with a pneumonia-like disease, infecting millions of people around the world, scientists are looking for safe and effective treatments. Gerontologists are scientists who study the biology of ageing. They believe that ageing treatments may provide a new perspective to deal with this epidemic.

Statistics show that COVID-19 infects the elderly. Among patients 80 years of age or older, approximately 13.4% died of COVID-19, while among patients in their 50s and 20s, the proportions were 1.25% and 0.06%, respectively. A recent Oxford University study that analyzed 17.4 million British adults showed that age is the most important risk factor associated with death from COVID-19. Other risk factors include men, uncontrolled diabetes, and severe asthma.

Some geriatricians claim that treating “ageing” may be a long-term solution to protect the elderly from COVID-19 and other future infectious diseases. A recent study listed NAD+ accelerators such as NMN and NR as one of the potential treatments. Other scientists have also hypothesized that the elderly may enjoy the longevity effects of NAD+ and prevent the deadly overactivation of the immune response called a cytokine storm, in which case the body will attack its cells instead of viruses.

As a last resort to treat patients, Robert Huizenga, a physician at Cedars Sinai Medical Center, injected patients with an NMN cocktail, which was injected with boosters such as zinc to calm the cytokine storm caused by COVID-19. The NMN cocktail reduced the patient’s fever and inflammation levels within 12 hours.

NMN is receiving more and more attention due to its role in maintaining the balance of the immune system, which may be a possible treatment for the cytokine storm caused by the coronavirus. Preliminary studies have shown some positive results. Although there is no guarantee of a cure, many scientists and doctors believe that the impact of NAD+ boosters on COVID-19 is worth studying.

Animal studies have shown that NMN has broad prospects in promoting NAD+ and anti-ageing. Now, researchers are advancing clinical trials to study the safety and effectiveness of the molecule in humans. With the influx of institutions and private entities into the field of anti-ageing research, researchers will soon begin to get answers. For scientists, the ultimate goal is to develop therapies that slow, stop, or even reverse ageing allowing people to live healthy and long lives.

previous
8 Useful Things You Should Know Before Taking Ibutamoren MK677
next
What is Tadalafil?